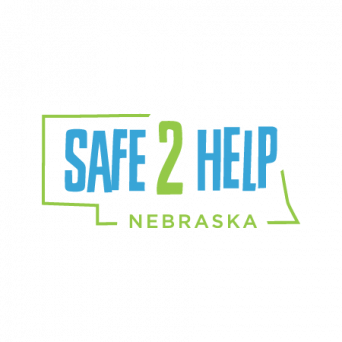 An app to anonymously report concerns about school safety became available Sept. 1 to all Nebraska schools who opt in, and now a grant will pay for an evaluation of Safe2HelpNE.

The $1.28 million grant from the U.S. Department of Justice could be key to winning future support for the system that can be used by students, teachers and others to report concerns about someone planning to harm themselves, other people, or buildings.

“The Legislature wants to have some proof of its effectiveness after three years, and I hope we’ll have data that proves its effectiveness,” said Denise Bulling, senior research director at the University of Nebraska Public Policy Center.

Mike Dulaney, executive director of the Nebraska Council of School Administrators, said, “I’m really confident that when we start seeing numbers, we’re going to be very pleased that it’s doing as intended. We’ll know things are working as they should when tragedies, major or minor, are averted.”

Dulaney led a team that included Jolene Palmer from the Nebraska Department of Education and State Sen. Matt Williams of Gothenburg that worked to get the anonymous reporting system approved by the Legislature in May 2021.

Lawmakers were assured participation by school districts would be voluntary and the resulting files would not be part of academic records. The $900,000 a year to pay for the Boys Town call center for three years is being provided by the Nebraska Department of Education, Dulaney said.

The Safe2HelpNE reports are routed by Boys Town to a school’s trained threat assessment team for validation and response.
Teams include an administrator, staff member, security representative, and mental health professional. The Justice Department grant includes funds to pay for training of additional school threat assessment teams during the first three years of Safe2HelpNE.

The goal of the reporting system, Bulling said, is not discipline but de-escalating crises, stopping threats before action and minimizing interaction with law enforcement.

“An example might be if someone is making veiled threats. The team looks at all the things going on in a student’s life and wraps support around the student,” she said. “The student gets the support they need so they’re no longer experiencing those feelings or no longer a threat.”
Eighty-one percent of calls bypassed law enforcement during a pilot program by Boys Town and Omaha-area law-enforcement agencies and schools, Williams told lawmakers. Reports fielded included suicide threats, drug abuse, bullying or cyberbullying, depression, and threats against property.

Supporters say Safe2HelpNE can save lives. Ralston Superintendent Mark Adler told lawmakers he believes an anonymous reporting system and a trained school crisis team would have prevented his son’s 2016 suicide after he experienced cyberbullying.
Safe2HelpNE is new, but evidence-based threat assessment training has been going on in the state for several years. The Public Policy Center director, Mario Scalora, is a nationally known expert on threat assessment and violence prevention. He, Bulling, and Palmer regularly conduct training sessions for schools.

The Public Policy Center is set to work with Boys Town to gather and analyze the anonymous data generated from phone, text, and chat, Bulling said. The data and schools’ experiences will be used to adjust training and create new resources for school threat assessment teams, she said.

Safe2HelpNE, which has launched with 34 school districts out of a potential 244, recently recorded its 1,000th contact.
Dulaney said the pandemic has fatigued school staffs. He thinks more districts will join the centralized system when officials feel they have the capacity to send more staff through training.

Dulaney said he wants to see more schools take advantage of the reporting system and, in the process, build a case for its continued operation.

“With all the tragedies that occur, it seems every year, this is not a problem that is going away,” Dulaney said. “Student mental health is an ongoing issue. We’re not doing enough, but this is one step.”

Learn more about how to report your concerns at https://www.safe2helpne.org