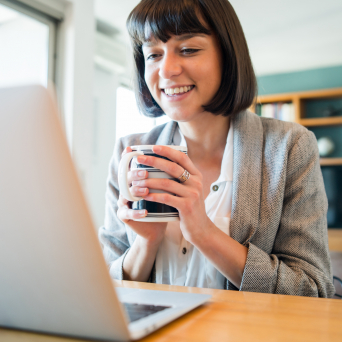 Senior leaders of health and behavioral health organizations from around Nebraska have the chance to gather virtually in June for training with the most aspirational of goals: zero suicides.

For the second time in two years, the University of Nebraska Public Policy Center is organizing a Zero Suicide Academy.

The two days of training kicks off a much longer process of organizations doing self-studies and working their way through a long checklist to make systemwide, cultural shifts, said Quinn Lewandowski, senior research specialist at the Public Policy Center. The organizations work through ways they can incorporate data-supported practices to improve patient care.

“Basically, it’s making an organization step back and see where their gaps are,” Lewandowski said. “It’s making sure the staff is properly trained to ask, as someone moves through their system, if they’re thinking about suicide and then how to wrap support and care around that person.”

A 2014 study found that 83 percent of those who die by suicide have seen a health care provider in the year before their death. Too often, though, suicide prevention is not seen as a core responsibility in those health care contacts.

Sadé Heart of the Hawk Ali knows that firsthand.

She is a senior project associate with the Zero Suicide Institute with 52 years in the behavioral health field, and she is a survivor of multiple suicide attempts.

Ali said that despite her history, she has rarely been asked by a health care provider if she was feeling suicidal.

“We were not asking the question. We didn’t know we had huge open gaps that people would fall through,” Ali said.

Part of the academy training, she said, is teaching that asking about suicide does not put the idea in a person’s head. “It’s giving the person the opportunity to talk about what’s going on.”

Ali, the tribal lead at the Zero Suicide Institute, said she was attracted to the opportunity to serve indigenous communities. She said many native languages do not have a word for suicide, and the institute’s framework allows for uniting evidence-based treatments with traditional medicine, healers and ceremonies.

Lincoln’s CenterPointe, which helps individuals who struggle with mental health and addiction issues through 40 programs serving 4,500 people a year, jumped at the chance to be part of a Zero Suicide Academy.

“Death by suicide often leaves family members and professionals asking, ‘What else could I have done?’” said Ryan Carruthers, chief clinical officer/vice president at CenterPointe. “We wanted to make sure we as an agency could answer confidently that we did everything we could.”

The process started with taking stock of the agency’s strengths and weaknesses, learning about best practices, adapting policies and procedures and planning how to consistently implement the core components of safe care for people with suicidal thoughts and urges.

The background work takes time and, after a year and a half, CenterPointe is only three months into implementation of what it calls the Life Worth Living Pathway, Carruthers said.

“We were pretty confident in our system of care,” he said, “but going through Zero Suicide was humbling. We realized the gaps that were there.”

Now CenterPointe has a data system that adds accountability to policies, Carruthers said. If, for example, a patient has not had a suicide screening, a flag pops up in the record. If a patient misses an appointment, that’s flagged and additional outreach is done. Patterns show which staff members are doing well with follow through and which ones need help.

The previous Zero Suicide Academy linked other agencies in the Region 5 Behavioral Health System and led to brainstorming sessions. Carruthers said he’s eager to see even more agencies and health care systems embark on the same path in June.

Eventually, Lewandowski said, “We want the question about your mental health to be as common as getting your height and weight when you’re going to see a doctor.”

Ali agreed. She said she’d like to see universal screening – a question about suicidal thoughts gets asked whether at the podiatrist or the dentist.

That, she said, is how you make suicide a never event.