Over the past decade, the rate of Americans that attempt suicide have continued to increase according to the latest Vital Signs report by the Centers for Disease Control and Prevention. Suicide is the second leading cause of death among youth and young adults age 15-34. Understanding the issues concerning suicide and mental health is an important way to take part in suicide prevention, help others in crisis, and change the conversation around suicide.

Keynote speaker, David Romano will speak on his experiences in living with depression. Additionally, researchers from the University of Nebraska Public Policy Center will present an overview of current statistics related to Nebraska young adults and mental health. This event aims to reduce the stigma often associated with mental health conditions, present current statistics of college-aged Nebraskans, and educate attendees on what resources are readily available. 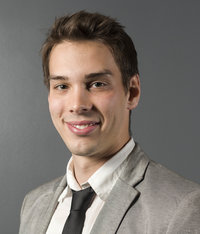 When David Romano began to feel the early symptoms of depression in middle school, he thought everyone felt that way, and that it was part of growing up. When he reached 10th grade and depression turned into a sense of darkness enveloping him, David assumed that he was failing everyone, including himself, and that he wasn’t the man he was supposed to be.

The popular student and multi-sport athlete tried to maintain his outward image as the fun, goofy kid, and used sports and other activities to cover his inner struggle. After some ups and downs, he found the right combination of medication and therapy, and has focused his energies on self-healing and spreading awareness about mental health and suicide prevention.