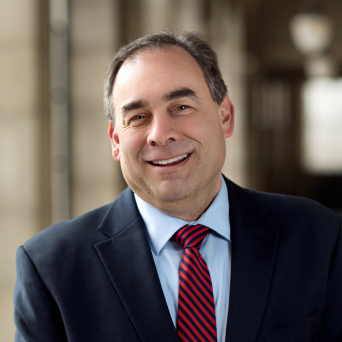 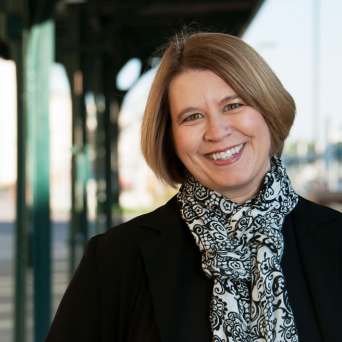 Recognizing the signs and getting them reported to people trained to assess threats and avert violence is the focus of work by the University of Nebraska-Lincoln's Targeted Violence Research Team and the University of Nebraska Public Policy Center (PPC). Dr. Mario Scalora, director of the PPC and Dr. Denise Bulling, senior research director at the PPC, are both nationally recognized threat assessment experts. Scalora supervises research into threat detection, assessment, and management and works with Bulling and others to translate the findings into training an ever-widening group of people on how to assess and manage threats for the best outcomes.
___

Soon after the March 22 mass shooting at a Colorado supermarket, investigators, the media and the public again were asking: had the shooter shown signs of trouble that, if heeded, could have prevented the loss of 10 lives?

Research and consulting work at the University of Nebraska–Lincoln over the last 15-plus years indicate the answer likely is yes — such violence usually is planned, there are warning signs and it can be prevented.

Recognizing the signs and getting them reported to people trained to assess threats and avert violence is the focus of work by the UNL Targeted Violence Research Team and the University of Nebraska Public Policy Center.

Scalora’s research has been widely adopted, affecting policies on a national level as well as locally. He has collaborated with federal, state and local law enforcement agencies as well as public school districts, college campuses and research institutions on the prevention of targeted violence, which includes threats toward institutions, infrastructure and workplaces, extremist activity, sexual assault and stalking.

Scalora supervises research into threat detection, assessment and management and works with Bulling and others to translate the findings into training an ever-widening group of people on how to assess and manage threats for the best outcomes.

In recent months, Scalora has addressed trends in extremism and civic unrest for a U.S. Department of Homeland Security National Threat Evaluation and Reporting Program, spoken on emerging and challenging issues in electronic threat assessment for a Canadian Association of Threat Assessment webinar and testified at the Nebraska Legislature about a proposal to create an anonymous reporting system for potential threats in all of the state’s K-12 schools.

The Public Policy Center has worked with the Nebraska Department of Education to train K-12 school representatives on advanced threat management strategies and worked with agencies in central Nebraska to see if people would be more likely to report an individual’s concerning behavior to the community’s public health professionals. Another grant-funded effort through the Nebraska Emergency Management Agency focused on rural readiness to recognize when someone may be on a path of taking violent actions.

Events that have drawn on Scalora’s expertise include three presidential inaugurations and Husker home football games. In December, Scalora conducted training with campus police officers across all four University of Nebraska campuses.

Bulling said schools, campuses and communities set up threat assessment teams where the members have different areas of expertise to ensure they’re looking at a potential threat from all angles. It can be easy to talk yourself out of a problem being a big deal if you know only part of the story, she said, and a team puts together all the factors.

The goal, Bulling said, is “to wrap support around the person and respond in a way that lessens the potential for violence.” The purpose is not to punish, she said, but to intervene and provide another path forward. The approach is to have respect and dignity for all parties and to find “off ramps” to keep issues from escalating, Scalora said.

“You don’t manage grievances by creating new ones,” he said.

Research continues into how to encourage people to report when they suspect someone is considering violence. Some people are reluctant to call police if they have no proof of a crime, but Scalora and Bulling suggested that local police would be able to help or name agencies to contact. They also suggested talking to a medical provider or other trusted professional, or calling a hotline, such as the Nebraska Family Helpline at 1-888-866-8660 or the Boys Town National Hotline at 1-800-448-3000.

“Call,” Scalora said. “Allow a professional community partner to figure out who can help.”